KL Bird Park, located in the heart of Kuala Lumpur, is an oasis in the steel forest. It is the largest open bird park in the world. The biggest feature of their home is that all birds from sea, land, and air can freely enjoy this bird park. Move and fly, and even interact with people!
There are many tourist attractions adjacent to it, including the largest mosque in Southeast Asia – the National Mosque and the lush national park. You may wish to combine these points for a day trip to Kuala Lumpur~

The KL Tower Mini Zoo located below the KL Tower is one of the best attractions for family travel in Kuala Lumpur; this mini zoo is only 6,000 square feet, but the sparrow is small and complete, although the species and number of animals And the area is not comparable to the National Zoo, there are animals that the National Zoo can’t see, such as the star of the mini zoo – the alpaca, also known as the grass mud horse~

This article will take you around the Royal Selangor Visitor Centre to understand the story behind this brand and appreciate the strokes of strokes Tin products, maybe you will end up being as proud of this local Malaysian brand as I am!

KL City Gallery (Kuala Lumpur City Gallery) is a tourist attraction located near Merdeka Square, and it is also one of the must-see tourist attractions for every trip to Kuala Lumpur~ It can definitely be the first stop for your trip to Kuala Lumpur, in addition to the detailed introduction about Kuala Lumpur, there are many different Malaysia travel packages that can also be found here, and there are many things to play here~ All in all, this is not only a good place to punch in and take pictures but also a place where you can easily get travel information~

Located near the National Monument, one of the popular tourist attractions in Kuala Lumpur, there is a forest hidden in the city – Taman Tugu, which has more than 4,000 trees of different species and was selected as 2019 Ten by Lonely Planet as soon as it opened. Best New Openings ~

Built-in 1897, the Sultan Abdul Samad Building has a history of more than 120 years and is one of the important landmarks in Kuala Lumpur~ It combines Moorish, British, and Indian Muslim architectural styles, making it have With its exotic appearance, it has become one of the tourist attractions in Kuala Lumpur that cannot be missed, and it is also a famous online celebrity check-in point~

The Bank Negara Malaysia Museum on Jalan Dato Onn is one of the recent Instagram hit spots, but in addition to taking pictures in every corner, don’t miss the exhibits in the exhibition hall, said After walking around, you can let yourself know more about the Malaysian economy and its economic history~

Located next to Masjid Jamek LRT Station, Masjid Jamek was built in 1909, and locals are more used to calling it the Jamey Mosque~ It is the oldest mosque in Kuala Lumpur, and it is a Mughal Empire deeply rooted in North India. Influenced by the style of Indian Muslim buildings~

If you want to experience Indian culture, you must not miss this Little India Brickfields (Little India) located in the center of Kuala Lumpur~ When I was an intern before because the company was very close to here, I was fortunate to come here for lunch~ Just because of that lunch encounter, I like the artistic atmosphere here~

Sri Mahamariamman Temple, built in 1873, is the oldest Hindu temple in Kuala Lumpur; originally a private temple, it was opened to the public in the late 1920s~ Located near Petaling Street She, because of the stark cultural contrast, she is particularly conspicuous; South Indian-style buildings, brightly colored reliefs and statues are the reasons why people are attracted to her at first glance~

There is a Taoist temple with more than 150 years of history hidden in the alleys in the heart of Kuala Lumpur ~ Sin Sze Temple in Kuala Lumpur Si Ya Temple) is a Taoist temple built in 1864. It has been burning incense for hundreds of years. During festivals, especially during the Lunar New Year, the crowd here reaches its peak~

Opposite the Mariamman Hindu Temple, there is a building with red walls and green tiles, full of Chinese style. This building is the famous GuanDi Temple ~ It was built in 1887, and it is still prosperous. Many faithful believers still come here. Add incense here~

I discovered this water music and light show (KLCC Lake Symphony) by accident. At that time, I was standing there watching the performance. I saw that there were many foreigners watching the performance. Suddenly I felt a little ashamed~ Foreign tourists are all I know the attractions, and I, a KL person, only now know that there is this water light show! I am really ashamed~
After shopping in KLCC on weekend nights, don’t forget to come to the gate of KLCC to enjoy this water music and light show~ 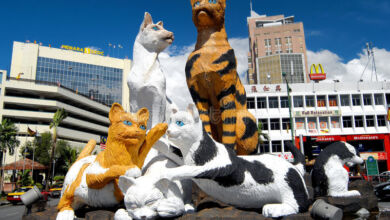 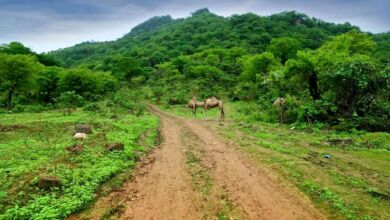 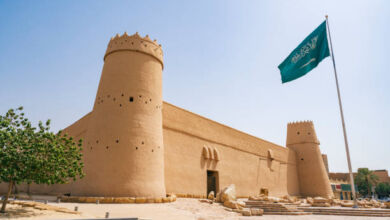 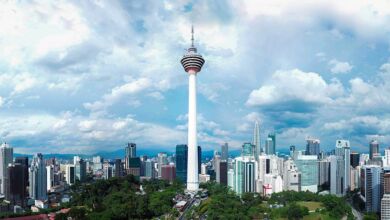